The History of Our Department………

What would eventually become the Alvarado Fire Department was organized on Monday November 28, 1904 as the Alvarado Volunteer Fire Company. J.Y. Baker was elected as the first Fire Chief, J.F. Pardue was elected Secretary, and J.E. Carson was elected Treasurer. The Company had 10 Charter Members.

On December 3, 1904, the first ever Constitution and By-Laws were adopted. Included in those By-Laws was the stipulation that any member failing to attend the meetings would be fined 50 cents. Also decided was that eight members would constitute a quorum.

At a meeting of the Volunteer Fire Company on March 13, 1905, V.A. Cormier, George Park and J.E. Carson were appointed to a committee charged with asking the Presbyterians about borrowing a bell for alarms. The bell was secured and placed into operation.

On March 25, 1907, the Company voted to join the State Firemen’s and Fire Marshal’s Association of Texas. A Committee was appointed to request that the City pay the expenses for one delegate to attend the SFFMA State Convention in McKinney.

Between December 29, 1908 and October 11, 1910, some significant event took place that caused the Company to consider disbanding. On Oct 11, 1910, the Company met and voted to reorganize, if the following conditions are accepted by the Citizens and the City Council:

• The City Council and the Citizens of Alvarado cooperate with us and assist us in every possible way to promote the work and the interests of the Company.

• The Citizens place on deposit in an account the amount of $150.00 cash every year to be at the disposal of the Company; some to be used for replacing damaged clothing, paying expenses of injuries, should they occur, and other such matters as the Company sees fit.

At a meeting on October 17, 1910, these terms were agreed on by the Council and Citizens.

Feb. 14, 1911, a copy of the membership roll was sent to both Johnson County and District Courts, so the members would be excused from jury duty service.

Feb 15, 1911, the poll tax for 1910 was refunded to all members and they were informed of their exemption from jury duty service in accordance with communications received from District Judge O.L. Lockett.

April 21, 1947, $32.50 was collected as a donation to the families of firefighters in Texas City killed by the recent explosion.

In 1955, we find the first mention of the “Fire Phone” system used to take calls for emergency responses. There were ten of these fire phones installed in members’ homes. When the fire phone would ring, a member would answer the phone and take the information needed. The member was then capable of sounding the old civil defense siren. This would, in turn, alert all other members that an emergency existed and their response was needed. This system was used until the 1980s when Southwestern Bell discontinued the system. At that time, the City Council voted to fund their own dispatch center and hire dispatchers for both the Police and Fire Departments.

Notable milestones in the evolution of AFD included:

• 1987, the Department purchased land for a new fire station.

• 1998, the first paid firefighters were hired by the City.

In 1986, the Department suffered its first Line of Duty Death. Fire Chief C.T. (Ted) Richardson passed away from a heart attack. This occurred immediately after returning to the fire station from a commercial structure fire. To date, this is the only Line of Duty death the Department has experienced.

Contributor to this article of our history, is long-time, and former Fire Chief, Richard Van Winkle…. Thank you, Sir. 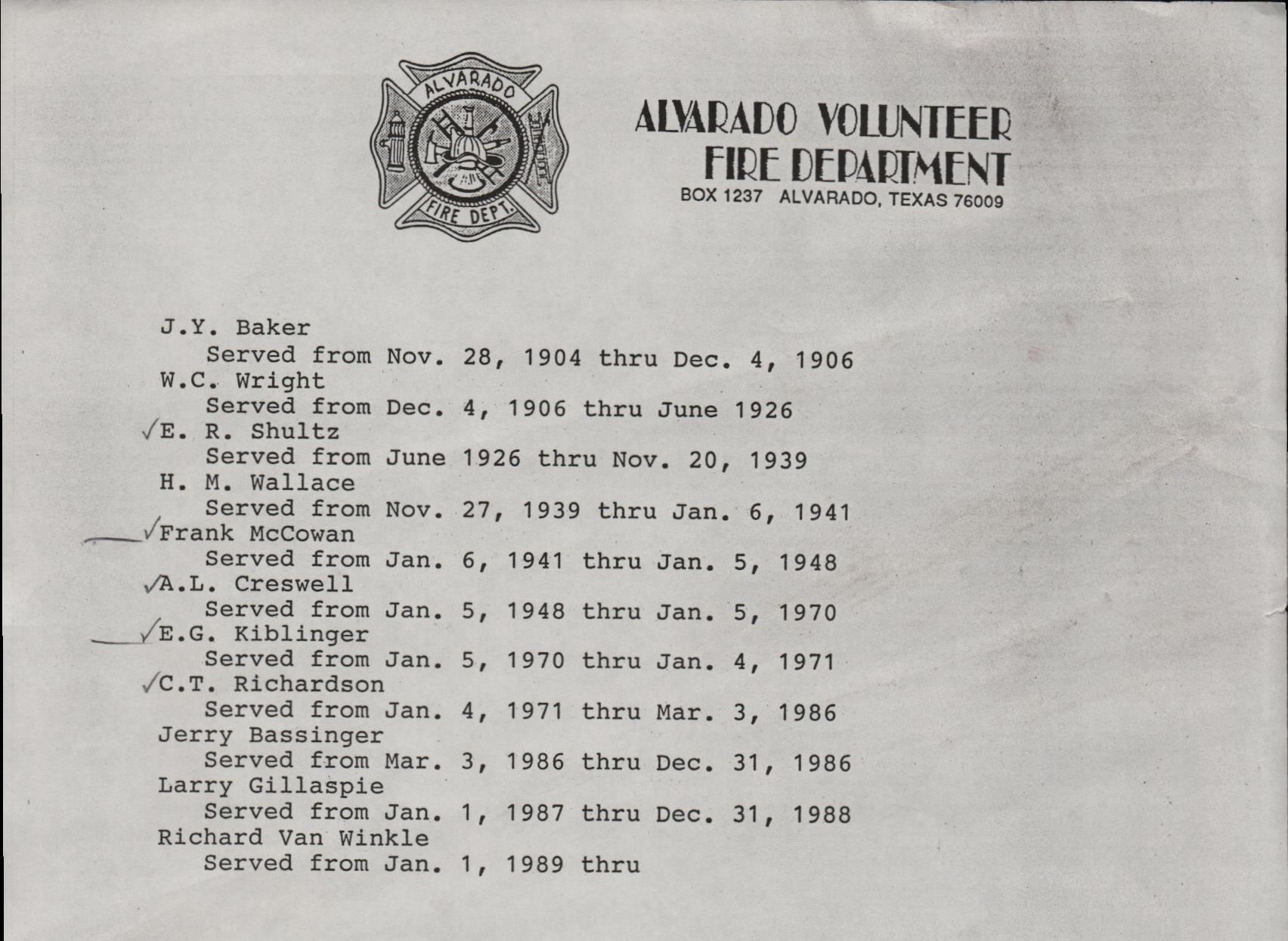 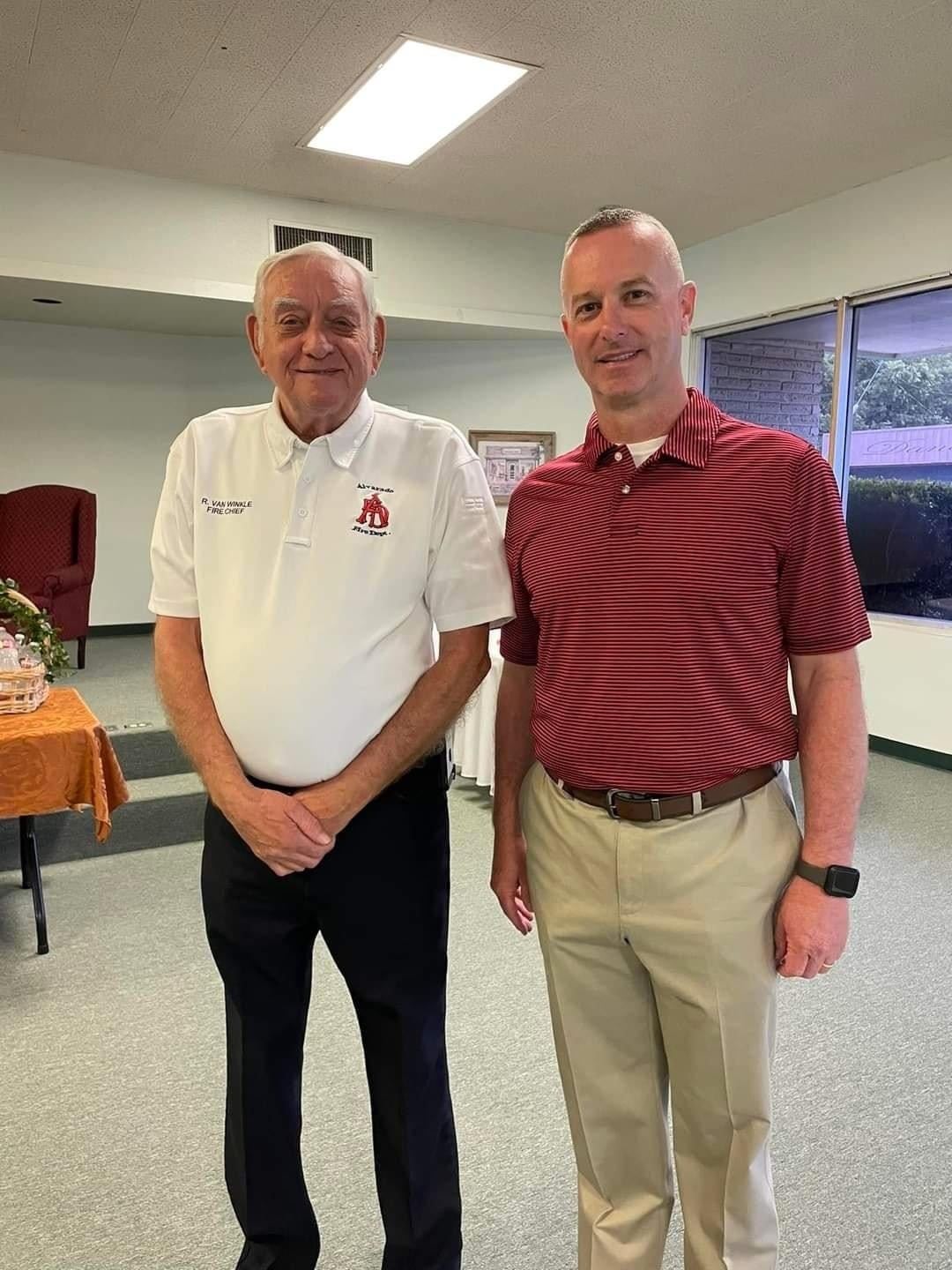